A few of you have let me know that I'm a lucky pup because there are so many pretty places to walk around my house. Let me tell you - that my arrival in this household has forced by pawrents to get and about to see them! Not to mention we are about 4 minutes drive to the beaches!

So today I want to show you another route through my suburb. Here we go: 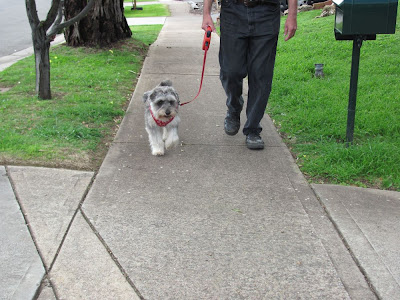 Heading out the driveway and up the street. 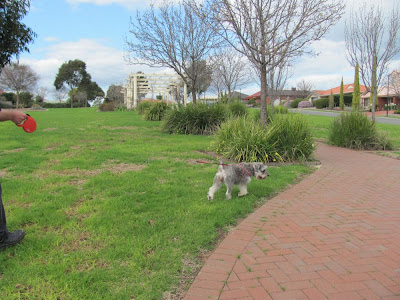 We have reached the first park with the gazebo in the middle - we walk through this one. 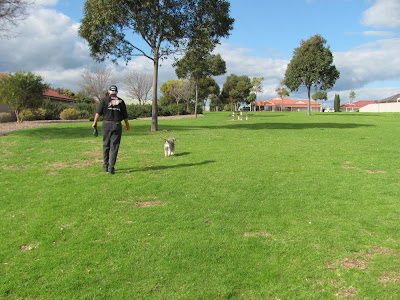 About halfway through. Yes my dad dad is carryin' my precious poop-a-doop in that little black bag. He's handy isn't he?!? 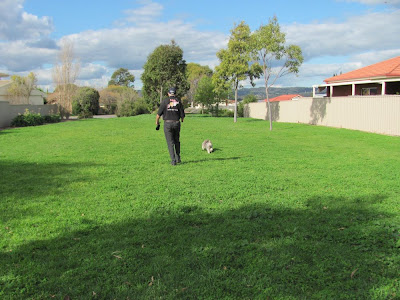 This is the next park. 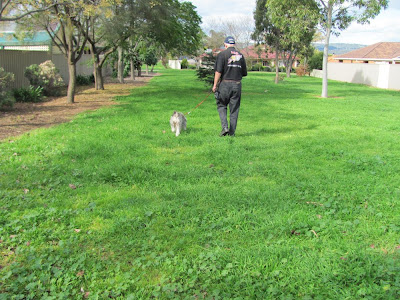 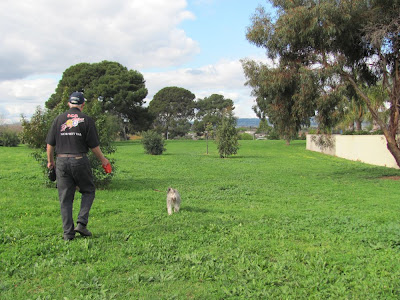 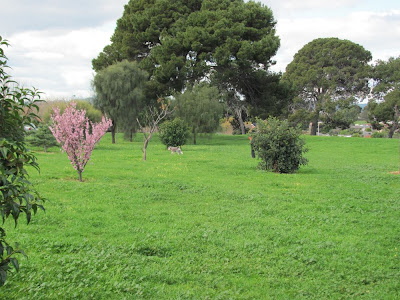 I did some zig-zagging and schnoofling through this one. Can you see some signs of Spring?? 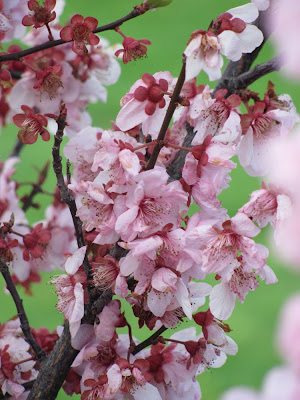 Mum giving you a close-up of "Spring evidence". 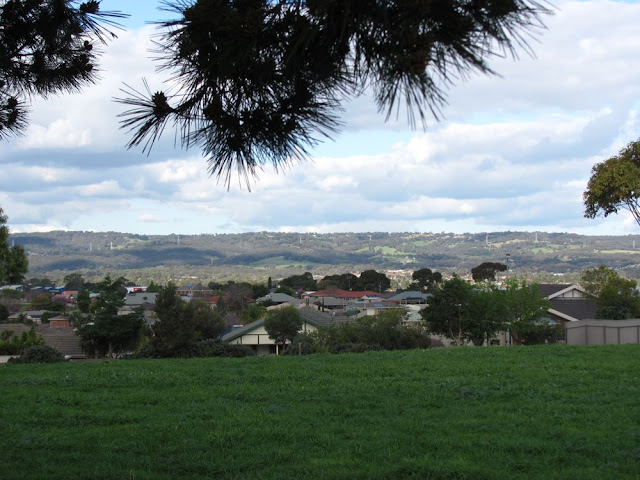 At the end of this one there are some pretty views of the Adelaide Hills foothills. 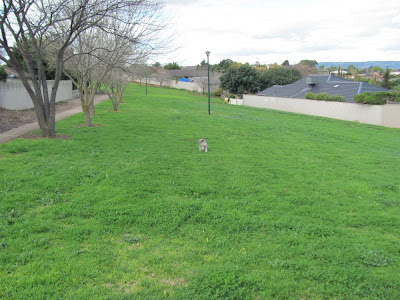 This is the next grass bit - there will be a bonus at the top of this one.... 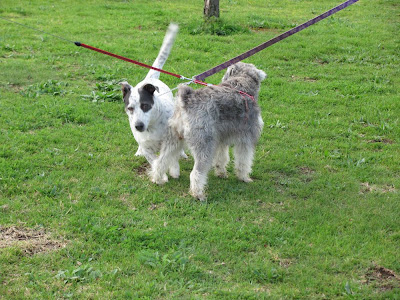 Hey! - a local pup - he is part Jack Russell and part Cattle Dog! We did a quick checkout and sniff.... 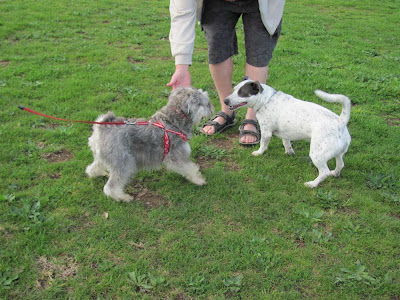 Then we had a play while our pawrents chatted! His pawrents are Scottish and they asked if there was "a bit" of schnauzer in me! (*gasp*) Mum had to inform them I am purebred mini schnauzer - I just haven't had my furs cut over the colder months. So I look like a Wookie! They then told my pawrents that they used to have a standard schnauzer - and we were all impressed. (  note to self: I think the buzzy thing clippers will soon make an appearance :-(   ) 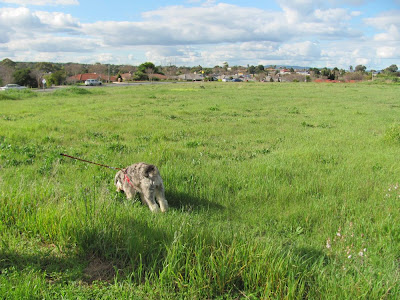 Whew that was a fun interlude, but onwards to the next patch. 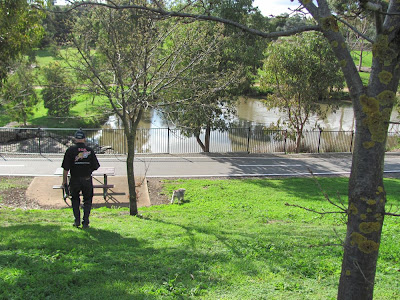 Second to last park - you seen this one before, it's the one with the duckies in the middle. 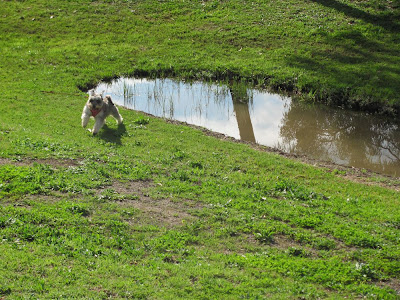 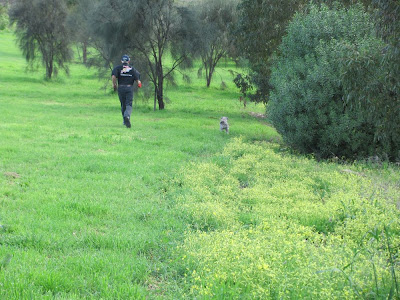 Here is the final park - the one that is directly in front of my house....and I'm runnin' with dad dad. 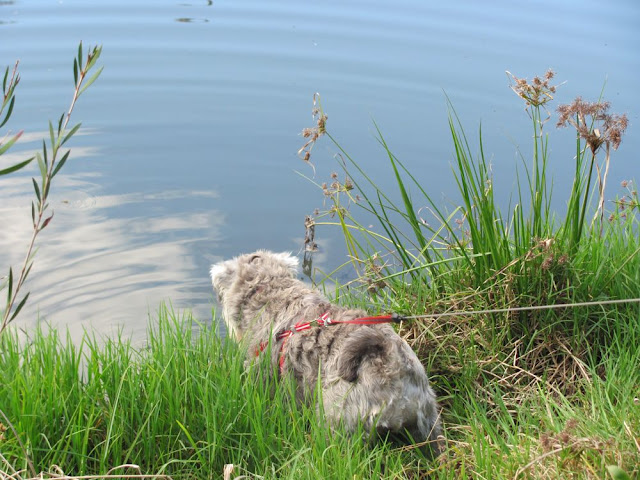 There is a little duck pond here, and I'm gettin' my paws wet at the edge of it - dad dad has a tight hold on my lead. After mum posted this pic - she thinks she photographed a froggie by accident. There are heaps of froggie noises coming from this pond at night - but we have never seen one - until now! Check the water close to my right ear.... you may need to click on the pic to biggify......what do you think??? Is it a frog swimming?? 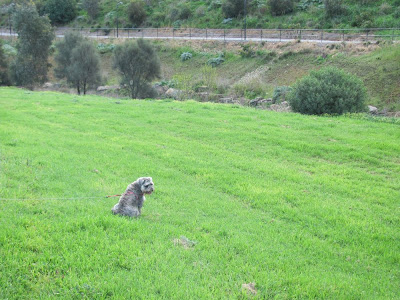 I'm just pondering my park and checking that there are no peeps/pups on MY path.... I bark at them from my place if I see them! 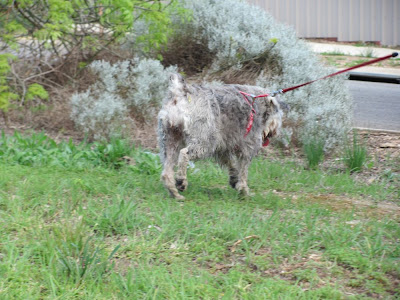 Homewards bound..... I'm a bit gookky now - got too close to the waters edge! 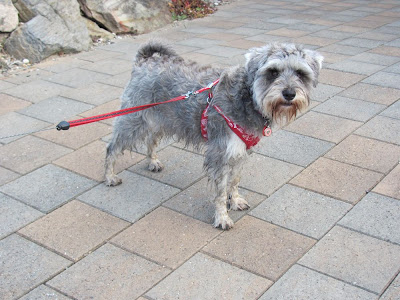 And I resign myself to the fact that a b-a-t-h is about to happen.  :-0
So that is essentially walking in a circle around my house. The nice council left a "green belt" through the houses so as to present a nice park like walking area for us furbies and peeps. It's nice don't you think?
See ya nextime!
Posted by Rubie and Poots (her Mum) at 12:11 PM 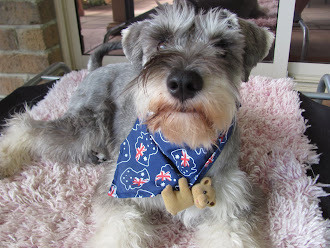 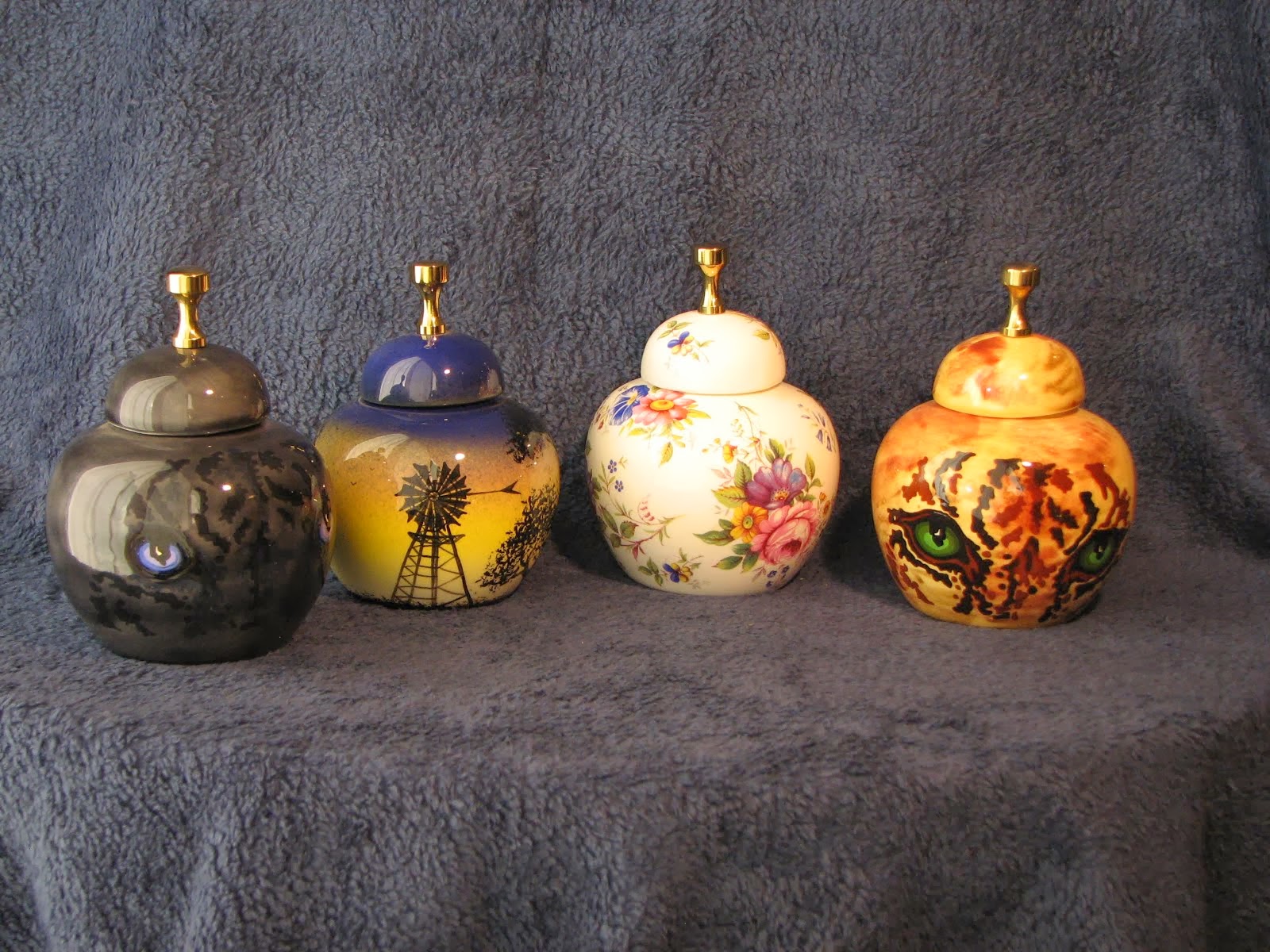 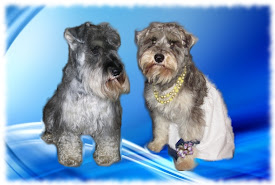 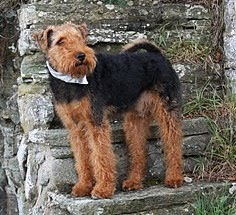 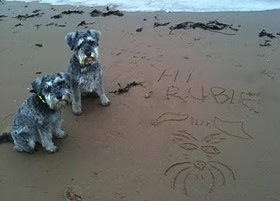